The bodies ability to move glucose in the blood to muscle and fat tissue and how well it does that is referred to as insulin sensitivity. Or in some people’s cases how badly the body is at it, which is known as insulin resistance. When we’re born we have a predetermined insulin sensitivity set by genetics. It’s not the end of the world, it can be changed with some hard work and consistency.

Obviously exercise comes at the top of the chart. The majority of the general population looking to become more fit versions of themselves almost always initially avoid weightlifting. They avoid it because it’s intimidating. I know when I first started lifting it was in my basement because I was self conscious about the weight (or there lack of) I was moving. Not only that, I asked myself how I could compete with the guy benching 500 lbs. It quickly stopped being about competing and comparing myself to other people and became more about competing and comparing with myself from last month.

In that time frame I ended up putting a lot of muscle back on from my high school days. What happens when you put more muscle on? You increase the amount of energy needed to fuel that muscle. When you do that you increase your insulin sensitivity to be able to move glucose to the muscle quicker.

Here’s the cool thing about the human body, you can hack it to make it believe that something is going to happen, when it isn’t. For example, try eating less, in theory you should be losing weight. But your body is in such a caloric deficit that it thinks it’s starving and ends up packing all the calories you do eat away as fat. What about if we could reverse that?

Endurance exercise such as running is also very good for increasing insulin sensitivity. Because you are using muscles that are constantly requiring glucose, you trick the body into believing that your muscles will still need that insulin sensitivity when your not running. Here’s the downside, it only works on muscles that are trained in that fashion which will likely be just your lower body.

Remember what I said above about bio hacking? With those people that are insulin resistant, it takes more insulin to clear the glucose in their blood so how do we reverse this? By tricking the body into thinking it won’t be getting glucose! Use a high protein, low carbohydrate diet and the body will be start responding more efficiently to the lower amount of glucose entering the blood stream. Now, I’m not talking low carbohydrates as in either 20g or 50g, you need to be the judge about how active your lifestyle is and how many grams of carbs you will need to be able to properly recover from a bout of training.

When choosing foods in which to get carbohydrates from, choose food sources that come from unrefined whole foods. These whole grain food sources will not spike your insulin like refined breads will. Helping your insulin sensitivity comes from training it not to dump large amounts of insulin into the blood stream on a regular basis.

Aside from 1-2 pieces of whole fruit a day, you should be cutting fructose out of your diet. You should be getting rid of high fructose corn syrup, sugar, fruit smoothies, fruit juice, fructose sweeteners and dried fruit.

This is probably the most interesting. Fructose doesn’t stimulate the release of insulin the same way glucose does. Instead it is metabolized by the liver and when eaten in higher quantities that the liver can handle, it causes metabolic problems, interferes with insulin signaling and get stored directly as fat. That kind of sucks.

Insulin sensitivity is a great tool to help you get lean and make your body more efficient at shuttling energy to your muscle. By following these tips you can begin to implement them and train your body to have more insulin sensitivity and fight the insulin resistance that is currently causing a widespread epidemic in the United States.

Why You Should Take Spirulina – Benefits And Recipes 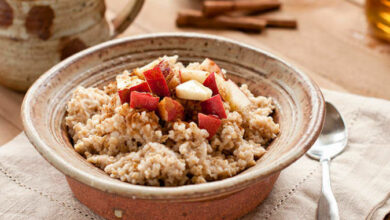