Chlorophyll is the natural green pigment found in plants, which plays a key role in the process of photosynthesis. But did you know it is also a superfood? Naturopaths advocate taking liquid chlorophyll as a daily supplement for its health-giving properties, which can help with a wide range of conditions.

Studies have shown that foods containing chlorophyll can help to control hunger and regulate blood sugar levels. Scientists also claim that chlorophyll contains lipolytic enzymes, which help to break down trapped fat cells, allowing them to be burned away during exercise.

Chlorophyll acts as a natural detoxifier to block and eliminate cancer-causing toxins from your body. Low levels of dietary chlorophyll have been linked with an increased risk of colon cancer, and evidence suggests that eating plenty of chlorophyll-rich green leafy vegetables is the key to colon health.

Want to look and feel younger? Evidence suggests that drinking chlorophyll water can help to keep your skin looking healthy and radiant. Modern lifestyles cause us to become internally polluted by an accumulation of toxins that enter our bodies through food, water and the air. Chlorophyll helps to banish these toxins and free radicals that cause premature aging.

Chlorophyll has impressive wound-healing properties, thanks to its ability to strengthen tissues and prevent the growth of bacteria. Liquid chlorophyll is a rich source of antioxidant vitamins A, C and E, which are vital for skin health and help to repair damaged cells.

With a similar structure to hemoglobin, chlorophyll has the ability to build red blood cells and increase oxygenation of the blood. As well as boosting our energy and immune system, this can be useful as a natural method to treat iron-deficiency anemia.

Chlorophyll is a natural ‘internal deodorant’, which can help to mask bad breath and other bodily odors. Drinking liquid chlorophyll helps to detoxify the body by cleansing toxins from within. As well as eliminating odors in the mouth, it encourages a healthy digestive tract – which is usually the main source of bad breath.

Chlorophyll has strong anti-inflammatory properties, which can help to ease the symptoms of arthritis. It has the ability to eliminate accumulated heavy metals – such as mercury – from the joints. Acidity exacerbates arthritic pain, so taking chlorophyll can offer relief by helping to naturally rebalance the pH of the body.

As a natural detoxifier, chlorophyll helps to remove toxins ingested through food, as well as cleansing the body of existing toxins stored in cells. This can help to bring relief to a range of inflammatory digestive disorders, such as IBS, colitis and constipation. By restoring the acid-alkali balance, chlorophyll also prevents the growth of yeasts and internal bacteria living in the gut.

As well as detoxifying the body, chlorophyll is nature’s little helper when it comes to beating stress and insomnia. Studies have shown that eating chlorophyll-rich green leafy vegetables can help to relax the body and promote sleep – something that is so vital to our overall physical and mental wellbeing.

Feel a cold coming on? Stop it in its tracks by drinking liquid chlorophyll. As a natural immune booster, chlorophyll helps to fight infections, such as coughs and colds. Packed with nutrients, it helps to strengthen and alkalize your body – making it more difficult for germs to survive. 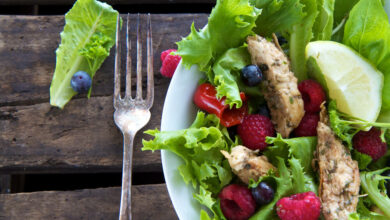