We call substances which are hydrophobic and greasy, fats. The definition, used in chemistry, is different. Only triglycerides, which are esters of organic acids formed with glycerol, are called fats. Some of those substances we call oil are also triglycerides. Fats are simple lipids. They are biologically important natural compounds produced by plants and animals.

Saturated fatty acids (such as palmitic acid) have no double bonds or other functional groups except for the carboxyl group. The straight chains pack tightly, which makes it possible for living creatures (especially for animals) to store energy in high amount in a relatively small space in the form of fat.

There is at least one double bond within the chain of unsaturated fatty acids. Depending on the position of hydrogen atoms in the double bond, they may be either cis- or trans- fatty acids.

Essential fatty acids are polyunsaturated compounds which include omega-6 fatty acid (linoleic acid) and omega-3 fatty acid (alpha-linolenic acid, ALA). These are essential nutrients, because the body cannot produce them. Essential fatty acids play an important role in reducing inflammation, regulating blood pressure, and in the proper function of the immune system. Some groups of compounds, such as postaglandins, are derived from them. While our body needs both omega-3 and omega-6 (cis-)fatty acids, trans fatty acids (artificial trans fats) are harmful. For this reason, the consumption of trans fatty acids should be totally avoided. Trans fatty acids are more harmful than natural saturated fats since they cause cardiovascular diseases and high cholesterol level.

While it has been widely known for long that the ratios of saturated and unsaturated fatty acids cause various health problems, it has been known only for some years for sure that unsaturated fatty acids, especially the ratio of omega-3 and omega-6, bear special importance. Although, the ideal ratio would be 1:3 and 1:5, a bad diet in the civilized world provides ratios of 1:10 and 1:30. Doctors and experts recommend having a diet rich in omega-3 fatty acids in order to balance ratios. The ideal daily intake of omega-3 fatty acid would be 1-1.5 grams regarding the above mentioned ratios. The term omega-3 refers to a whole group of fatty acids. One of them is the alpha-linolenic acid, also known as ALA. This is the most common omega-3 fatty acid, but this is the least biologically active one. In order to gain its advantages, our body has to convert it into other omega-3 fatty acids (EPA and DHA). The conversion is not an efficient process though. Depending on the circumstances, only a small portion of ALA is converted into EPA and DHA.

The main advantage of fish- and krill oil is that they contain converted omega-3 fatty acids. Linseed oil contains ALA in high amount, but there is almost no EPA and DHA in it. By contrast, fish oil contains ALA, EPA, and also DHA in high quantity. In this respect, fish oil is “better” than linseed oil. DHA and EPA found in fish- and krill oil support normal brain function, eyesight, and normal heart function.

Not only linseed, but also the oil extracted from it is more and more common in our diet. It contains the most and the finest essential oil that the body might need. There are newer and newer research studies which prove its curative power. It stimulates brain function, reduces cholesterol level. It can help in curing and treating various diseases such as arthritis, inflammatory airway diseases, liver diseases, skin problems, dermatitis. It has beneficial effects on diabetes, peptic ulcer, and the production of gastric acid.

Coconut oil or coconut butter is extracted from the kernel or meat of the fruit of the coconut palm. It is an edible vegetable oil. It has yellowish colour, its taste and smell is neutral, its gelling temperature is 24°C. Refined coconut oil undergoes the RBD process after which the refined oil has no coconut taste or aroma so it is perfect for cooking and baking. In those countries where coconut oil is a common ingredient of cooking, one can rarely encounter obesity, diabetes, and cardiovascular diseases. 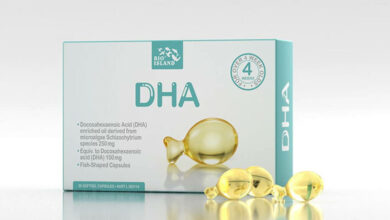 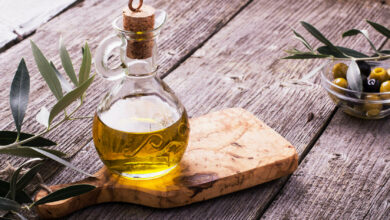 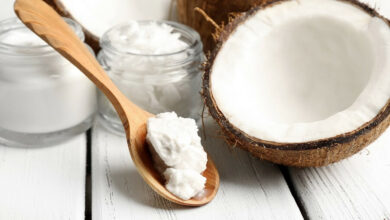 How Coconut Oil Can Boost Your Metabolism 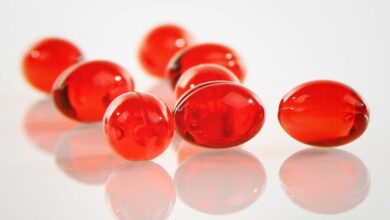 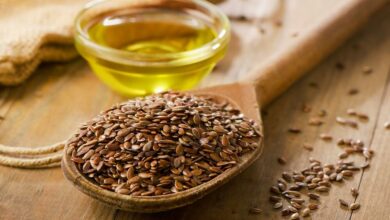 Which Is Better, Fish Oil or Flax Seed Oil?

DHA Supplements – Do I Need Them?