Vitamin A is a group of unsaturated nutritional organic compounds, that includes retinol, retinal, retinoic acid, and several provitamin A carotenoids, among which beta-carotene is the most important. Vitamin A has multiple functions: it is important for growth and development, for the maintenance of the immune system and good vision. Vitamin A is needed by the retina of the eye in the form of retinal, which combines with protein opsin to form rhodopsin, the light-absorbing molecule necessary for both low-light (scotopic vision) and color vision. Vitamin A also functions in a very different role as retinoic acid (an irreversibly oxidized form of retinol), which is an important hormone-like growth factor for epithelial and other cells. In foods of animal origin, the major form of vitamin A is an ester, primarily retinyl palmitate, which is converted to retinol (chemically an alcohol) in the small intestine. The retinol form functions as a storage form of the vitamin, and can be converted to and from its visually active aldehyde form, retinal. Retinol, the form of vitamin A absorbed when eating animal food sources, is a yellow, fat-soluble substance. Since the pure alcohol form is unstable, the vitamin is found in tissues in a form of retinyl ester. It is also commercially produced and administered as esters such as retinyl acetate or palmitate. The carotenes alpha-carotene, beta-carotene, gamma-carotene; and the xanthophyll beta-cryptoxanthin (all of which contain beta-ionone rings), but no other carotenoids, function as provitamin A in herbivores and omnivore animals, which possess the enzyme beta-carotene 15,15′-dioxygenase which cleaves beta-carotene in the intestinal mucosa and converts it to retinol.[8] In general, carnivores are poor converters of ionone-containing carotenoids, and pure carnivores such as cats and ferrets lack beta-carotene 15,15′-dioxygenase and cannot convert any carotenoids to retinal (resulting in none of the carotenoids being forms of vitamin A for these species).

Since vitamin A is fat-soluble, disposing of any excesses taken in through diet takes much longer than with water-soluble B vitamins and vitamin C. This allows for toxic levels of vitamin A to accumulate. In general, acute toxicity occurs at doses of 25,000 IU/kg of body weight, with chronic toxicity occurring at 4,000 IU/kg of body weight daily for 6–15 months. However, liver toxicities can occur at levels as low as 15,000 IU (4500 micrograms) per day to 1.4 million IU per day, with an average daily toxic dose of 120,000 IU per day, particularly with excessive consumption of alcohol .[citation needed] In people with renal failure, 4000 IU can cause substantial damage. Children can reach toxic levels at 1,500 IU/kg of body weight.

Vitamin D refers to a group of fat-soluble secosteroids responsible for enhancing intestinal absorption of calcium, iron, magnesium, phosphate and zinc. In humans, the most important compounds in this group are vitamin D3 (also known as cholecalciferol) and vitamin D2 (ergocalciferol). Cholecalciferol and ergocalciferol can be ingested from the diet and from supplements. The body can also synthesize vitamin D (specifically cholecalciferol) in the skin, from cholesterol, when sun exposure is adequate (hence its nickname, the “sunshine vitamin”). Synthesis from exposure to sunlight and intake from the diet generally contribute to the maintenance of adequate serum concentrations. Evidence indicates the synthesis of vitamin D from sun exposure is regulated by a negative feedback loop that prevents toxicity, but because of uncertainty about the cancer risk from sunlight, no recommendations are issued by the Institute of Medicine, USA, for the amount of sun exposure required to meet vitamin D requirements. Accordingly, the Dietary Reference Intake for vitamin D assumes no synthesis occurs and all of a person’s vitamin D is from food intake, although that will rarely occur in practice. As vitamin D is synthesized in adequate amounts by most mammals exposed to sunlight, it is not strictly a vitamin, and may be considered a hormone as its synthesis and activity occur in different locations. Its discovery was due to effort to find the dietary substance lacking in rickets (the childhood form of osteomalacia). One of the most important roles of vitamin D is to maintain skeletal calcium balance by promoting calcium absorption in the intestines, promoting bone resorption by increasing osteoclast number, maintaining calcium and phosphate levels for bone formation, and allowing proper functioning of parathyroid hormone to maintain serum calcium levels. Vitamin D deficiency can result in lower bone mineral density and an increased risk of reduced bone density (osteoporosis) or bone fracture because a lack of vitamin D alters mineral metabolism in the body. Thus, although it may initially appear paradoxical, vitamin D is also critical for bone remodeling through its role as a potent stimulator of bone resorption. Different institutions propose different recommendations concerning daily amounts of the vitamin. Commonly recommended daily intake of vitamin D is not sufficient if sunlight exposure is limited.

Vitamin E refers to a group of ten lipid-soluble compounds that include both tocopherols and tocotrienols. Of the many different forms of vitamin E, γ-tocopherol is the most common in the North American diet. γ-Tocopherol can be found in corn oil, soybean oil, margarine, and dressings. α-tocopherol, the most biologically active form of vitamin E, is the second-most common form of vitamin E in the diet. This variant can be found most abundantly in wheat germ oil, sunflower, and safflower oils. As a fat-soluble antioxidant, it stops the production of reactive oxygen species formed when fat undergoes oxidation. Regular consumption of more than 1,000 mg (1,500 IU) of tocopherols per day may be expected to cause Hypervitaminosis E, with an associated risk of vitamin K deficiency and consequently of bleeding problems. Vitamin E has many biological functions, the antioxidant function being the most important and best known. Other functions include enzymatic activities, gene expression, and neurological function(s). The most important function of vitamin E has been suggested to be in cell signaling (and it may not have a significant role in antioxidant metabolism).

Vitamin K is a group of structurally similar, fat-soluble vitamins the human body needs for complete synthesis of certain proteins that are required for blood coagulation, and also certain proteins that the body uses to manipulate binding of calcium in bone and other tissues. The vitamin K-related modification of the proteins allows them to bind calcium ions, which they cannot do otherwise. Without vitamin K, blood coagulation is seriously impaired, and uncontrolled bleeding occurs. Low levels of vitamin K also weaken bones and promote calcification of arteries and other soft tissues.

Vitamin K1, also known as phylloquinone, phytomenadione, or phytonadione, is synthesized by plants, and is found in highest amounts in green leafy vegetables because it is directly involved in photosynthesis. It may be thought of as the “plant” form of vitamin K.

Vitamin K2, the main storage form in animals, has several subtypes, which differ in isoprenoid chain length. These vitamin K2 homologues are called menaquinones, and are characterized by the number of isoprenoid residues in their side chains.

Average diets are usually not lacking in vitamin K, and primary deficiency is rare in healthy adults. Newborn infants are at an increased risk of deficiency. Other populations with an increased prevalence of vitamin K deficiency include those who suffer from liver damage or disease (e.g. alcoholics), cystic fibrosis, or inflammatory bowel diseases, or have recently had abdominal surgeries. Secondary vitamin K deficiency can occur in bulimics, those on stringent diets, and those taking anticoagulants. Other drugs associated with vitamin K deficiency include salicylates, barbiturates, and cefamandole, although the mechanisms are still unknown. Vitamin K1 deficiency can result in coagulopathy, a bleeding disorder. Symptoms of K1 deficiency include anemia, bruising, and bleeding of the gums or nose in both sexes, and heavy menstrual bleeding in women. Osteoporosis and coronary heart disease are strongly associated with lower levels of K2 (menaquinone). Vitamin K2 (MK-7) deficiency is also related to severe aortic calcification and all-cause mortality. Menaquinone is not inhibited by salicylates as happens with K1, so menaquinone supplementation can alleviate the chronic vitamin K deficiency caused by long-term aspirin use. 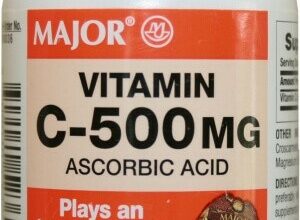 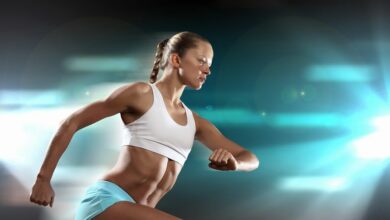 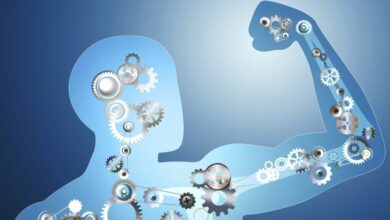 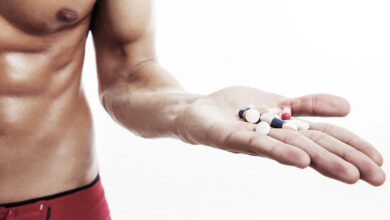 Which Sports Supplements Are Essential? 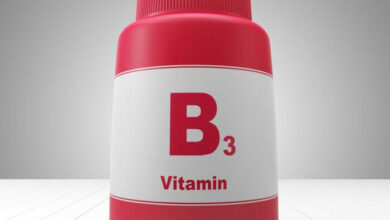 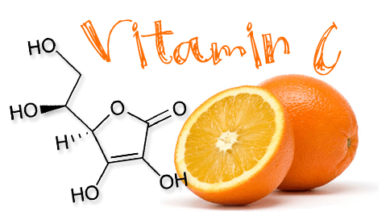 The Health Benefits of Vitamin C – Why Your Body Needs It