Cardarine or GW 5015169 is known as a SARM (Selective Androgen Receptor Modulator) with great endurance enhancing and fat burning ability. However technically Cardarine is not a SARM. It is a PPAR receptor agonist (PPAR-RA). Cardarine was developed in the 1990s to prevent and cure tumor formation in the colon, prostate, and breasts. Studies done in the early 2000s have found that GW 501516 and other PPAR agonists have also been able to stop metabolic disorders such as obesity and diabetes through specific gene expressions. Bodybuilders quickly caught on to GW 501516, calling it the ultimate endurance enhancing supplement.

The effects of Cardarine are fairly significant and may be a welcomed addition to the stack for a performance athlete. Increased endurance may be the PPAR-RA’s most incredible attribute. Those who use the medication will find they do not tire out as easily and can train harder and longer. The cardiovascular endurance that comes with Cardarine is so strong it has been shown to do away with the cardio issues that surround the popular anabolic steroid Trenbolone. Many who use Trenbolone report breathing becomes a bit more difficult and that cardio becomes a more arduous task. Cardarine seems to negate this negative effect when using Tren.

The effects of Cardarine also help tremendously with fat loss. If nothing else, you’re able to perform your cardio more intensely and longer. Further, it doesn’t carry any catabolic effect that is associated with many thermogenics or fat burners, meaning muscle loss due to use is of no concern. More importantly, GW-501516 has been shown to increase nutrient efficiency. Simply put, you make better use of the nutrients you’re consuming. Those who use the compound will find increased levels of glucose uptake and fat stores reduced.

Cardarine will give benefits in both endurance and fat oxidation at 10-15mgs per day for an ideal 8 week cycle; however, 20mg per day for 8-12 weeks is the recommended dose to get you the absolute optimum results in and out of the gym.

No PCT is needed, GW 5015169 is recommended in combination with PCT if highly toxic anabolics have been used.

Side effects of Cardarine

The known side effects of Cardarine primarily surround increasing the chances of cancer; however, it’s not quite that cut and dry. Studies that showed increased cancer rates in rats used doses of the PPAR-RA far above and beyond what any human would take. Further, additional studies have shown GW-501516 decreased existing cancerous tumors and in effect cured the existing cancer. The truth behind the relationship with this drug and cancer is unknown at this time. Because there is a potential relationship between the medication and cancer, we may never know the truth as it’s unlikely any major pharmacy group will undertake any additional study.

The side effects of Cardarine do not include any of an androgenic nature. Hair loss, acne and virilization symptoms in women are not possible with this medication.

There are no negative side effects of Cardarine associated with cardiovascular health; in fact, lipids may improve. In a study done by the Journal of Cardiology, GW-501516 was stated to possibly reduce the risk of heart attack.

GW-501516 will not suppress natural testosterone production. Post Cycle Therapy (PCT) is not needed when using this PPAR-RA standalone.

Cardarine is not toxic to the liver.

Thanks steroid.com, sarmstore1.com and evolutionary.org 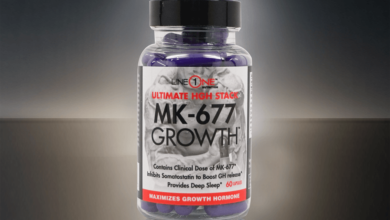